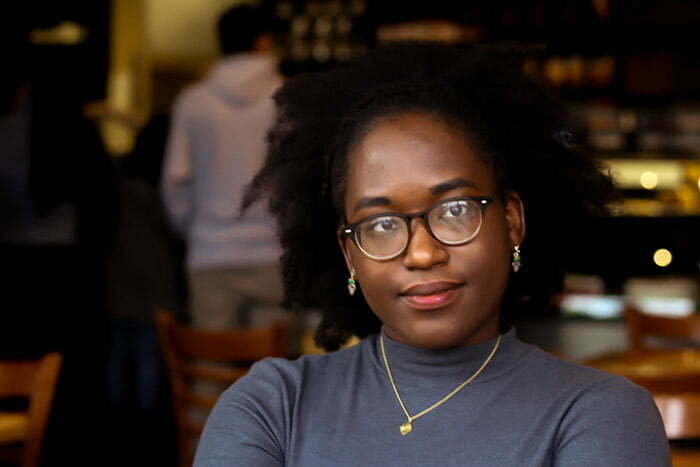 Whenever someone would ask Noni Williams what she wanted to do with her interest in math and technology, she would start to answer honestly. She wanted to be the problem solver she saw herself as when she was the little girl at the front of the classroom, scratching out algorithms and bad poetry in her notebooks. But before she could finish answering, the asker would usually interject: “Be a teacher?”

Williams noticed nobody ever interrupted her male peers with that question. It was like they were trying to send her the message she would only ever be able to teach the world’s future innovators, not be an innovator herself.

“The best it seemed I could hope for was to grow up to be a teacher to inspire some little boy to change the world,” Williams says. “Teaching is not a consolation. It is a calling. And it wasn’t mine.”

Her childhood notebooks were filled with mock-ups for inventions and algorithms for solutions to questions she did not yet have the capacity to communicate—not drawings of blackboards and rows of kids smiling at their desks.

When Passion Intersects with Technology

Now, as the Manager of Solutions and Continuous Improvement at United Way of the Midlands, she spends her days solving tech problems for the organization.

“I’ve been introducing a lot of automation into this job, trying to bring us into the 21st century in terms of using data efficiently,” Williams says. She recently built an app that houses vital demographic and organizational data that colleagues can use to answer the questions they need answered when they meet with funders.

Williams loves being able to use data to solve problems, and to write programs that automate tedious processes. The time saved through automation frees her to focus on more exciting problems.

She didn’t always know she wanted to pursue a tech career. During college, she originally majored in civil engineering. Despite her obvious talent and aptitude for the discipline, the attitudes she encountered there frustrated her.

It was exhausting not being given a chance to grow along with everyone else.

“I got tired of being shot down in front of everyone. So I spoke up less. Which I guess is what the unconscious, or conscious, culture of those classrooms wanted in order to maintain the status quo.”

So she switched her major to Mathematics after two years because she likes numbers and problem-solving.

At the time, however, Williams wasn’t keen to embark on the computer science curriculum required for her math major. “I left my computer science classes until the end of undergrad because I didn’t want to take them,” Williams says. “A year later, I was like, ‘I really like coding.’ It became fun for me.”

Eventually, Williams decided to pursue her master’s degree in math with a concentration in data sciences. Now she is a crucial member of a powerhouse nonprofit, working on the algorithms and dreams she began scribbling into her notebooks years ago. She’s leading the innovation, silencing the interjectors.

It hasn’t been an easy road. But Williams dealt with her challenges by never losing her sense of wonder, by writing poetry to contextualize her frustrations, and by leaning on supportive friends and family, she says. “I kept people around me that knew what I was capable of and would not let me forget it. With a creative outlet and a strong support system, I felt unstoppable. And I still do.”

Tech Is for Everyone

For women considering a career in tech, Williams has good advice.

“Think about what types of problems you like to solve. What challenges you in an exciting way? What feels good? What skills can you grow here? What relationships can you build? Seek these out.”

She also advises women not to feel hemmed in by their past.

“Do not let your past employment determine how much your time is worth. Consider your skills, your experience, your education, your geographical location, and the position or contract work you are applying for. Do your research about what the typical compensation is. Ask for what you consider to be fair.”

Williams also has advice for women who aren’t necessarily thinking about a career in technology, who have perhaps been misled into believing tech was not for them.

“Tech is for everyone,” she says. “I have friends who majored in psychology, English, computer science, math, various types of engineering, horticulture, business agriculture, biology, etc., that work in tech. You may not realize it, but your voice and your perspective could be extremely valuable in the tech world. Tech needs you!”