Digital Citizenship in a Flood 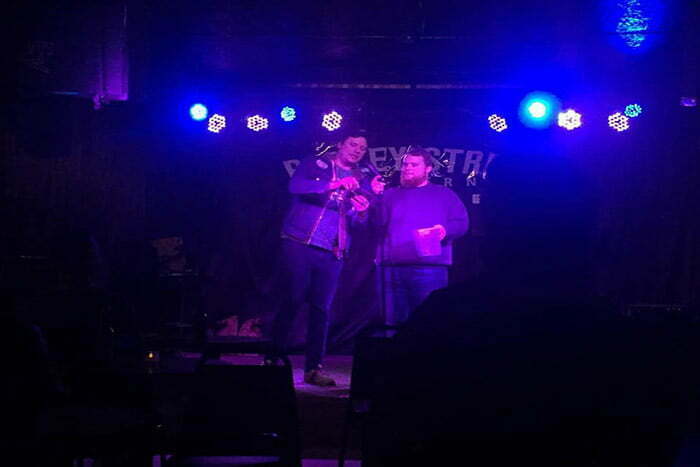 Users began marking themselves safe on Facebook. They shared information about supply drives, donation platforms, and other ways to help flood victims. And they bemoaned the fact that national news outlets did not seem to be covering the disaster in sufficient detail.

It was digital citizenship in action.

The Meaning of Digital Citizenship

Digital citizenship is a broad term, encompassing issues of cybersecurity, cyberbullying, civic activism—any form of online behavior, basically. It is “the responsible use of technology to learn, create, and participate.” What you do online reflects who you are offline, for better or worse.

While a lot of the conversation around digital citizenship necessarily deals with keeping oneself safe online, one thing is sure: social media can be a powerful force for good, especially in times of crisis.

Helping a Funny Guy Out

When Missouri River floodwaters inundated the western Iowa home of comedian Tyler Walsh, he was devastated. Walsh and his girlfriend, Bailey, lost everything. Forced to evacuate, they had nowhere to go.

That’s when comedians Zach Peterson and Dusty Stehl stepped in to help. They rebranded Stehl’s weekly comedy open mic at Omaha’s Barley Street Tavern as a special edition fundraiser for Walsh and Bailey. People could give money in person or donate to a GoFundMe account to help cover some of the couple’s expenses.

“I got the idea for the fundraiser when I was on Facebook and became overwhelmed with all the pictures I saw of the flooding,” Peterson said.

Peterson reached out to Stehl, who immediately agreed the fundraiser was a great idea.

Peterson and Stehl shared the event on their social media networks, as did many local comedians.

Between in-person donations and contributions to Walsh’s GoFundMe account, the night helped raise nearly $2,000 for the stricken couple.

“I want to say the biggest thank you in the world to the Omaha comedy scene,” Walsh posted on his Facebook account the following morning. “Thank you so much, thank you to all the comics that came out, raised money, and reached out. It’s all incredibly overwhelming how much everyone has done for us. Omaha comedy is truly a community I am proud to be a part of.”

The fundraiser is a powerful example of good digital citizenship. Social media activism leveraged heart-wrenching photographs, grassroots reporting of disaster, the urge to help out, and crowdfunding technology against great catastrophe, and helped soften the hard times for a family in crisis.

Things to Watch Out For

AIM Institute’s Lana Yager teaches a course at the Brain Exchange on digital citizenship, called Gen Cyber. Gen Cyber helps youth think not only about ways they can stay safe online, but also about developing empathy for others and using their tech skills responsibly.

Though Yager hates to think about it, her experience in cybersecurity tells her there will probably be those online who try to cash in on flood victims’ misery.

“I could see a lot of fraud,” Yager said. “These are people who have critical needs right now. I can’t imagine all they’ve lost. And your insurance company can’t get to you for how many months? Or you don’t have flood insurance.”

Yager said she could envision a scenario where fraudsters offer victims false promises of help in exchange for valuable personal information. The perpetrators could then turn around and sell that information to anyone willing to buy it.

What concerns Yager more, however, are the victims who don’t have access to their computers or smartphones having to use public wifi to sort out their personal affairs. Unsecured networks are terrible places to traffic sensitive personal data, such as insurance or banking info.

“I can’t imagine there won’t be people out there capturing that data,” Yager said.

Flood victims should try to the greatest extent possible to conduct their online business solely through secured networks. Those in position to help might think about allowing someone affected by the flood supervised access to their wifi to pay bills or deal with insurance issues. For those able to donate, Facebook has instituted a crisis response button for online donations.

As floodwaters recede and residents return to see what they can salvage, the true extent of the damage will emerge. The need for good digital citizenship will remain high. Do what you can.